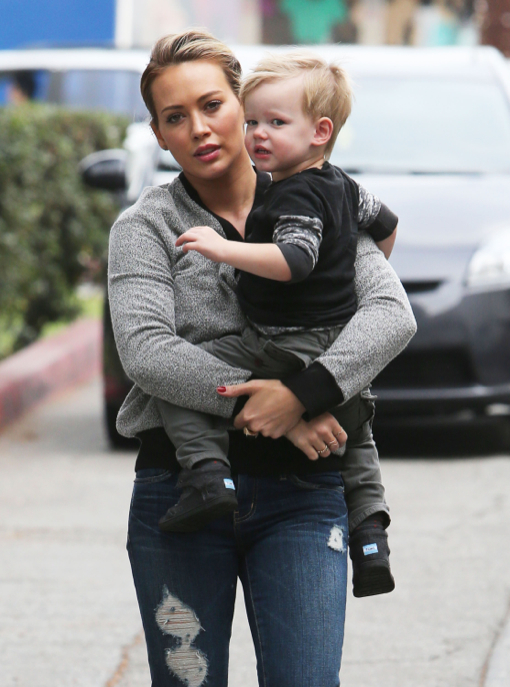 The Flock of Dudes actress was dressed casually in a grey sweater and ripped boyfriend jeans. She carried Luca who looked displeased about something that had happened prior.

On Thursday, Duff made her first red carpet appearance at the Delta Air Lines 2014 Grammy Weekend Reception party since she and husband Mike Comrie announced their separation earlier this month.

“They remain best friends and will continue to be in each other’s lives,” her rep told at the time.“They are dedicated to loving and parenting their amazing son.”

The singer and former NHL player were married for three years.

Ciara Shows Off her Golden Bump on the Grammys Red Carpet