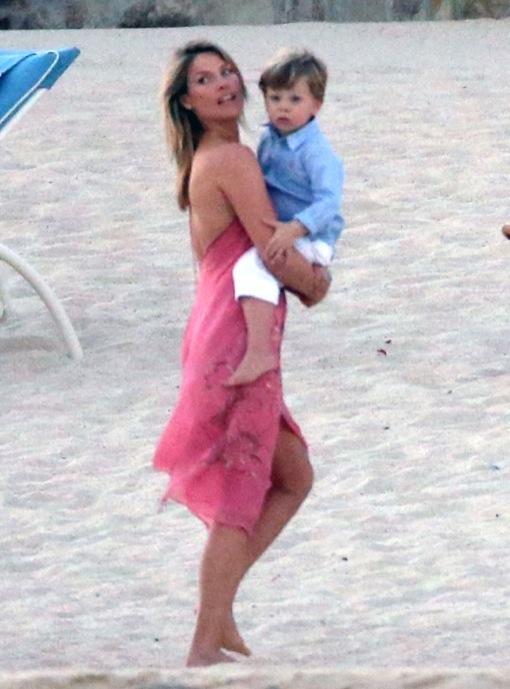 Ali Larter and her husband Hayes MacArthur took photos with their son Theodore on the beach in Cabo San Lucas, Mexico on Thursday (Jan. 2).

The You’re Not You actress was dressed in a rose colored dress with attached sequins while bringing the toddler down to the beach. She then posed for photos with various members of her family.

Larter is set to star in a new horror film entitled The Diabolical.

She’ll play Madison, a single mother who with her children is awoken nightly by an increasingly strange and intense presence. She seeks help from her scientist boyfriend Nikolai, who begins a hunt to destroy the violet spirit that paranormal experts are too frightened to take on.