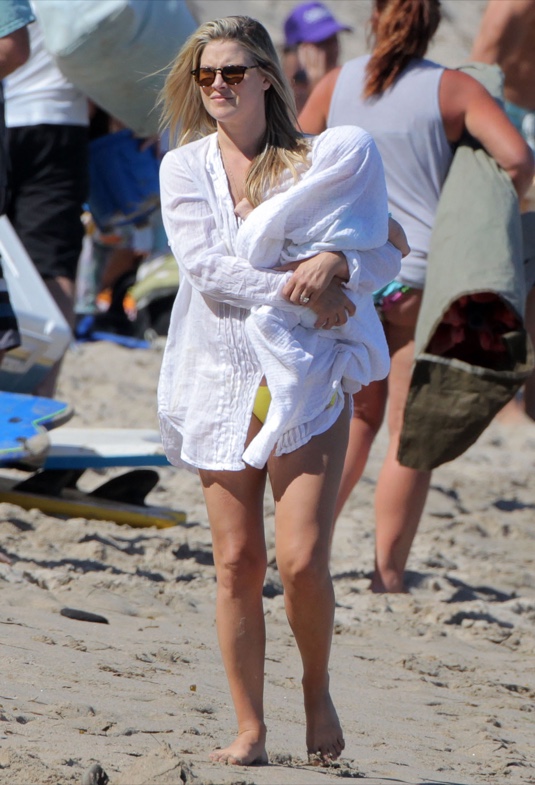 Ali Larter and her husband Hayes MacArthur enjoyed a day on the beach with their kids Theodore and Vivienne in Malibu, CA on Sunday (May 24).

The Diabolical actress wore a white coverup over a yellow bikini. She carried her 4-month-old baby daughter, Vivienne, who was covered by a white blanket.

Larter recently spoke of trying to divide her attention between a new baby and her 4-year-old son Theodore.

“I think for all moms it’s a learning curve figuring out how to do it and making sure there’s enough time for the older one,” Larter  told at the 2015 Communities in Schools of Los Angeles Annual Gala, last week. “For me sometimes I just want to close the door and be with the little baby. It’s figuring out that balance and somehow trying to find some time for your husband and for work — and for yourself at the bottom of the totem pole.”

She adds, “We’re figuring it out, but my children are healthy and they’re happy and I just am feeling always super blessed and lucky for that.”

Larter is married to Hayes MacArthur. The couple tied the knot in 2009.