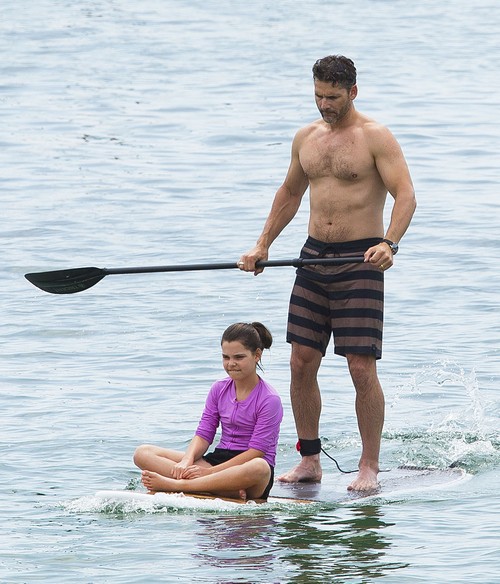 Australian film and television actor Eric Bana enjoyed some quality family time on the beach in Melbourne, Australia on December 23, 2013.

A shirtless and buff Eric, 45, was spotted teaching his children his paddle boarding moves!  Eric has been married to Rebecca Gleeson for 17-years and they have two children together, a son Klaus and a daughter, Sophie.  Eric certainly looks like he has been hitting the gym and it has paid off.

If you want to see even more of Eric he has another movie coming out this summer, a horror thriller called, Deliver Us from Evil.  The thriller stars Eric Bana as an NYPD cop who begins investigating cases involving demonic possessions, werewolves and other supernatural occurrences. Olivia Munn, Joel McHale, & Sean Harris also star.   Check out the sneak peek teaser trailer below!