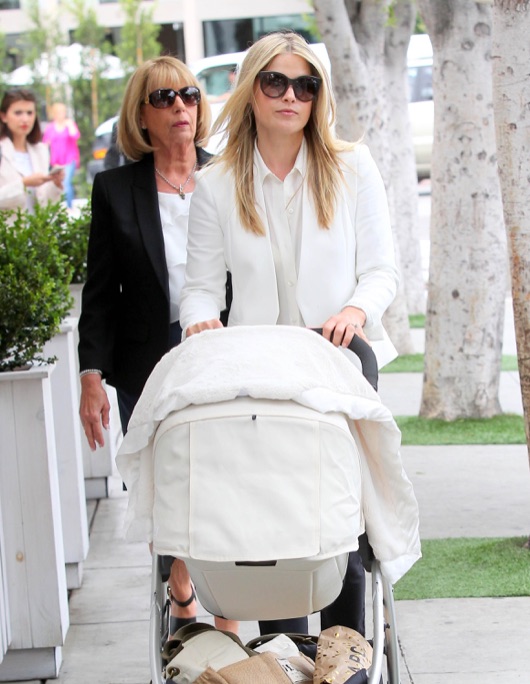 Ali Larter was spotted out for lunch with her daughter Vivienne in West Hollywood, CA on Tuesday (Apr.  21).

The actress was dressed in a white jacket and a matching blouse with black pants. She protectively carried the baby girl from their car before placing her in a stroller.

“It’s a girl! “We couldn’t be more excited to share news of the arrival of Vivienne Margaret MacArthur on Thursday January 15th 2015,” she wrote on her website.