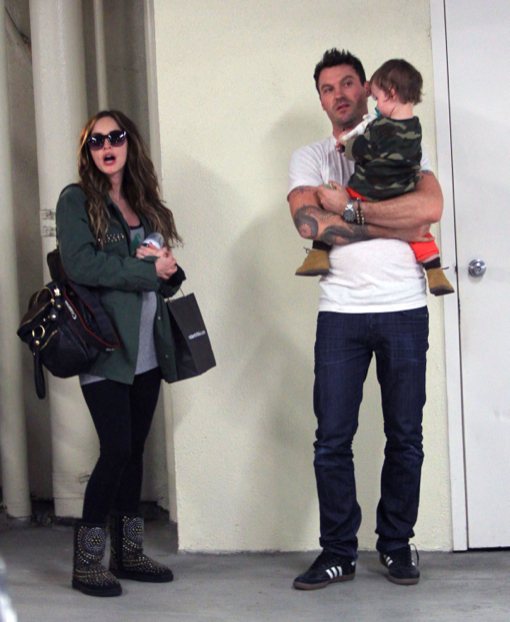 Megan Fox was photographed visiting a doctor’s office with her husband Brian Austin Green and their son Noah on Tuesday (Nov. 26).

The Teenage Mutant Ninja Turtles’ actress wore a army green button up blouse, a grey top that showed off her growing bump, black tights and studded boots.  Austin wore a white shirt and jeans while holding their 14-month-old son.

“I’ve had rough first trimesters,” she told Us Weekly at the  launch the Avon Foundation’s #SeeTheSigns of Domestic Violence Campaign last Friday. “But once you get into the second, it’s fine after that.”

Save With the Disney Store’s Magical Week #BlackFridayDeals