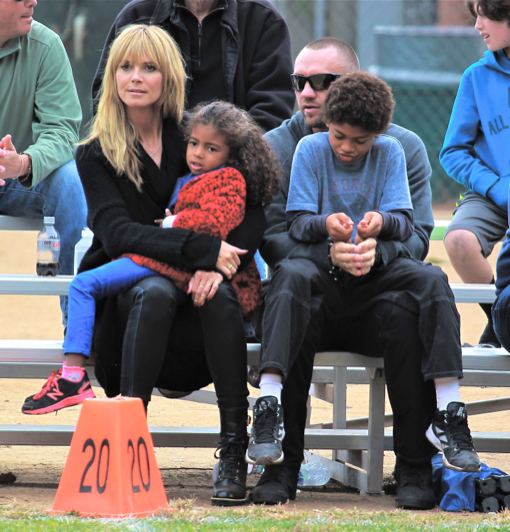 The America’s Got Talent judge cheered on Leni and Johan while sitting on the sidelines. She hugged Lou while Kristen held Henry.

Klum has teamed up with charity website Fashionproject.com to sell pieces she wore during New York Fashion Week in September (13) to raise cash for amfAr, an organization which supports Aids research.

Items include a golden gown the model donned for the Project Runway fashion show for $599  as well as a white and silver vest top for $269.