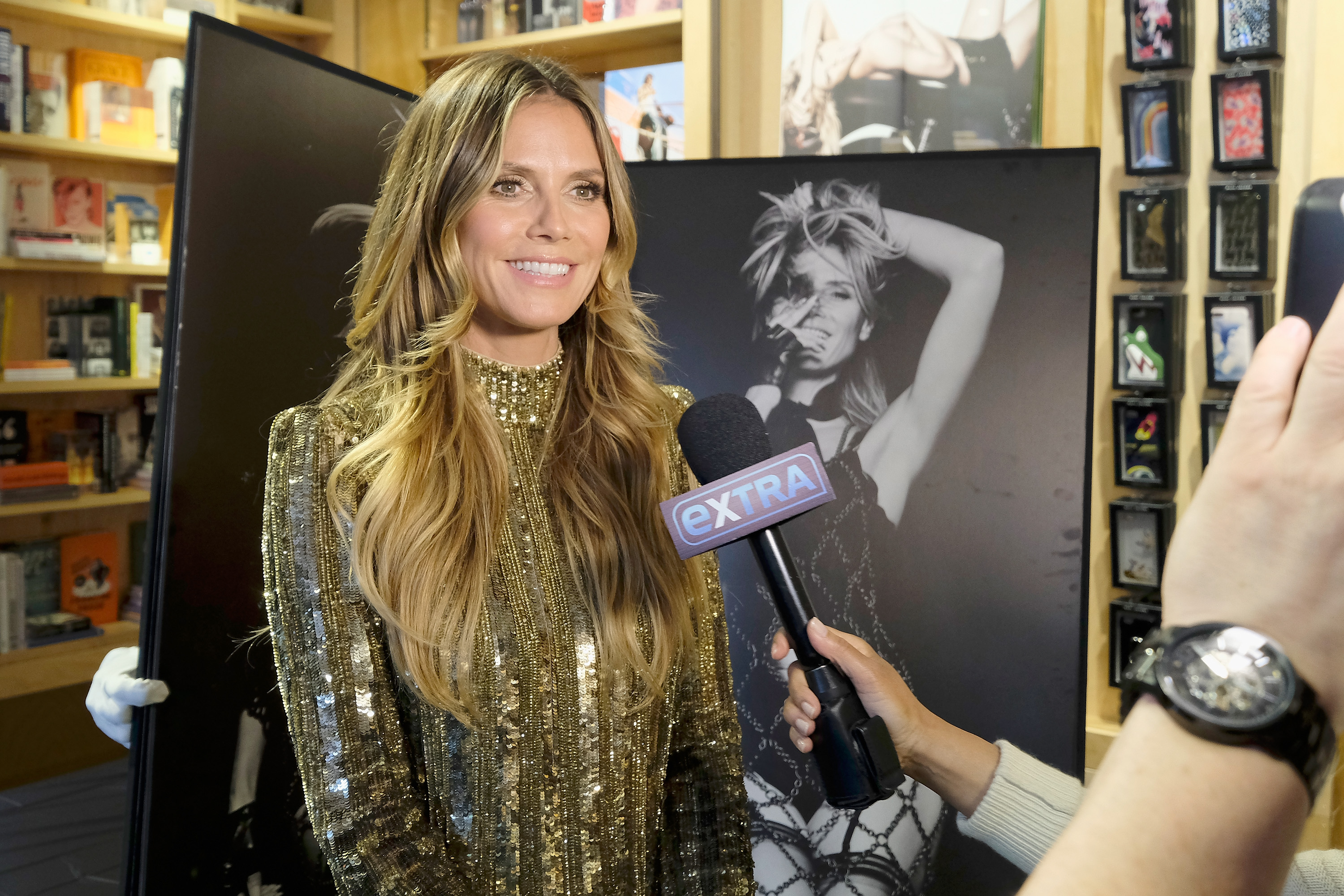 Even though there are plenty of celebrity moms out there who love to share behind-the-scenes photos of their family on their social media accounts, Heidi Klum is not one of them. The super model and television host recently revealed why she is so protective when it comes to shielding her children’s faces from the public.

She said if there’s one rule she has when it comes to Facebook, Twitter, Instagram and Snapchat, it’s that her children are not allowed to post their faces. Heidi shares her four kids, Leni, 13, Henry 11, Johan, 10, and 7-year-old Lou with her ex-husband, chart topper Seal.

Speaking to Kelly Ripa and Ryan Seacrest on their talk show, Heidi even described herself as an overprotective parent. She said, “I am definitely one of them. My oldest daughter [Leni] is 13 and she wants to post her face and I always say, ‘No, you’re not allowed to.’ Whenever she’s in it, it has to be from the back or [having her face concealed somehow].”
In fact, Heidi pointed out that whenever she does share pics of her kids, it’s usually with their backs to the camera. She even photoshopped smiling face emojis on her children’s faces on one family photo they took at the Magic Kingdom in Walt Disney World in Orlando, Florida.

Heidi adds that doesn’t mean she won’t allow her kids to have social media accounts of their own once they are older. Just like many parents, she feels that they are too young to have Facebook, Instagram and Snapchat profiles of their own.

She added, “It’s different when we do it — I feel like we’re grown-ups — but I want to try and keep them children as long as possible.”

Heidi and Seal split back in 2012 but didn’t finalize their divorce until 2015.