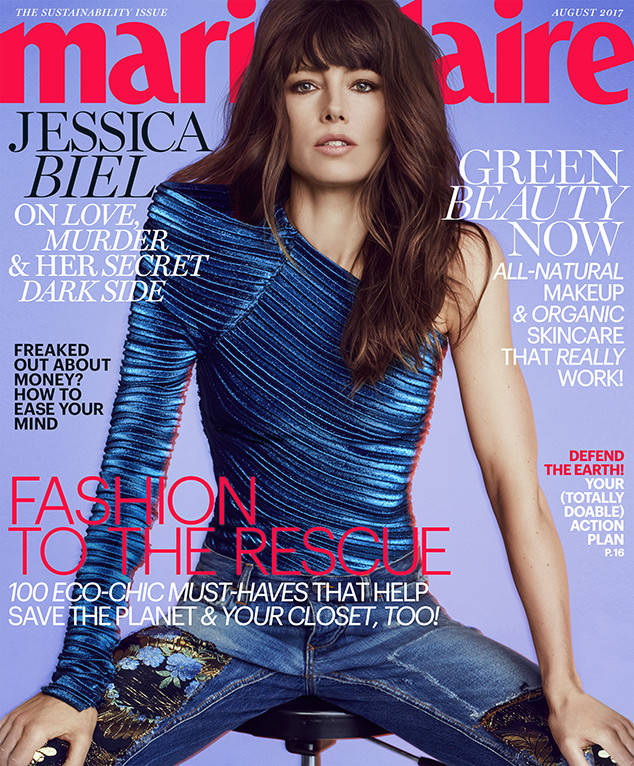 According to Jessica Biel, she’s got the secret to being happy in both marriage and motherhood. The Hollywood actress recently opened up about her personal life to Marie Claire Magazine, where she talked about why her marriage to Justin Timberlake works and what she’s learned from being a mom so far.

Jessica and Justin share a son, 2-year-old Silas, together. And she said one of the reasons why they’ve managed to last thing long is because they not only come from the same background, but because they also share similar life values as well.

She told the publication, “We have similar values; we believe in loyalty, honesty. We like to have fun. We like a lot of the same things. Also, in the business, we’re all very career-oriented, and you have to be a little selfish. I understand that about my peers—about being focused and driven—and if you can find that and someone who shares the same values as you, it’s like: Score!”

Jessica also revealed that motherhood has so far taught her that you definitely have to give more than you take. But for the celebrity mom, she doesn’t mind at all as she knows that it’s all part of the job.

She explained, “You think you’re a selfless person, and then you realize you’re not. These little people come around, and they require so much, and your schedule is really not your own, nor is it important anymore, and it’s very clear that it’s your life now revolving around this dude. I’m not that person who feels like, Oh, my whole life changes for my kid, but it does.”

Jessica can be currently seen on the small screen as Cora Tannetti on the hit television show ‘The Sinner.’ Her next film, ‘Shock and Awe’ is due in theaters later this year, too.