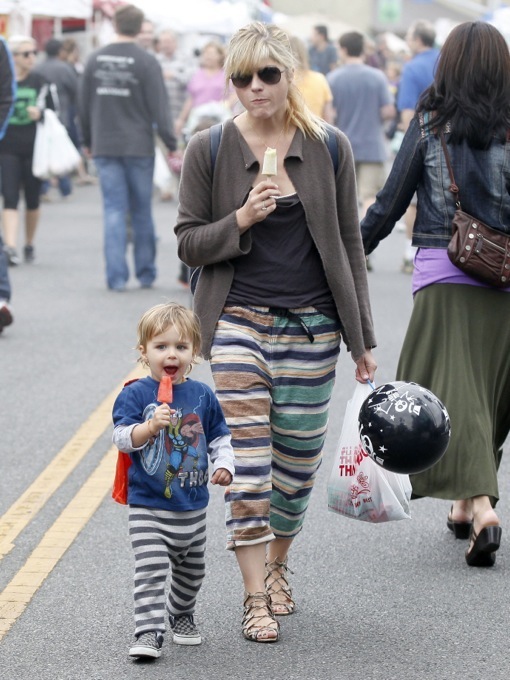 Selma Blair and son Arthur enjoyed a day at the Farmers Market in Studio City, CA on Sunday (Oct. 13).

Both dressed in striped pants, the mother-son duo had fun climbing up an inflatable mountain climbing area and browsing the Halloween displays.

Before leaving, they picked up popsicles.

Blair is considering filing a lawsuit against Charlie Sheen for the $1.2 million she would have made had she not been fired from the FX show Anger Management.

She reportedly believes that Sheen had her written out of the show after she told executives he was a “menace to work with” and had a “shoddy work ethic.”

Molly Sims & Family Spend The Day at the Pumpkin Patch

Thanksgiving Foods To Avoid During Pregnancy