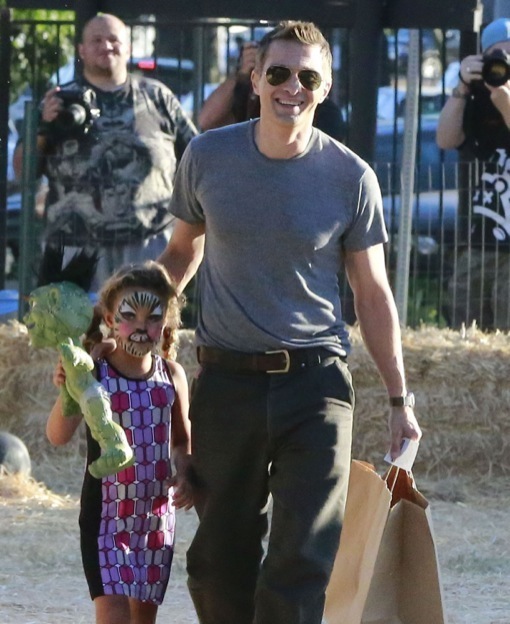 The new dad was all smiles as he and Nahla picked up a scary toy and some pumpkins to take home. Nahla enjoyed getting her face painted and riding down an inflatable Halloween slide.

“They chose it because it means gift from God,” a source told E! News while referring to the newborns name. “Olivier wanted to give a nod to his Spanish roots. They picked the name a while ago, they love it.“

News that the couple were expecting broke in April.

Jennifer Garner Picks Up Her Girls From School