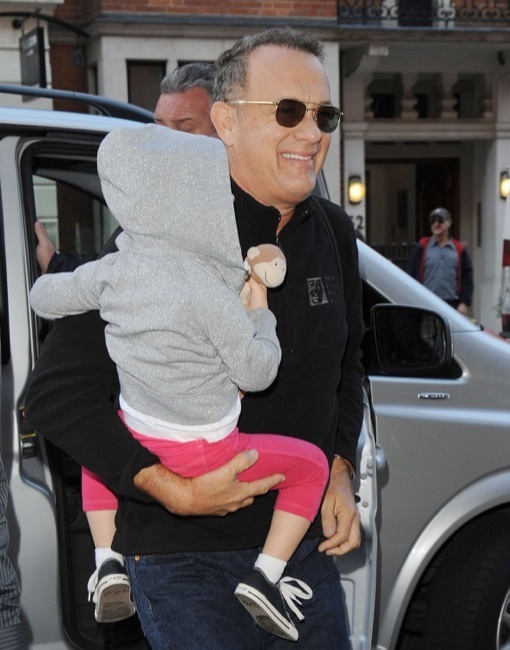 The Captain Phillips actor was all smiles as he held the daughter of his son Colin Hanks.  Olivia kept her face shielded from the picture takers while wearing sparkly grey hooded sweater, pink leggings and black sneakers.

While appearing on the Late Show with David Letterman on Monday, Hanks revealed that he was recently diagnosed with type 2 diabetes.

“I went to the doctor and he said, ‘You know those high blood sugar numbers you’ve been dealing with since you were 36? Well, you’ve graduated. You’ve got type 2 diabetes, young man,'” the 57-year-old told.

Hanks believes that his rapid weight gain and loss for roles in hit films like A League of Their Own, Philadelphia and Cast Away could have been a contributing factor to the development of type 2 diabetes.