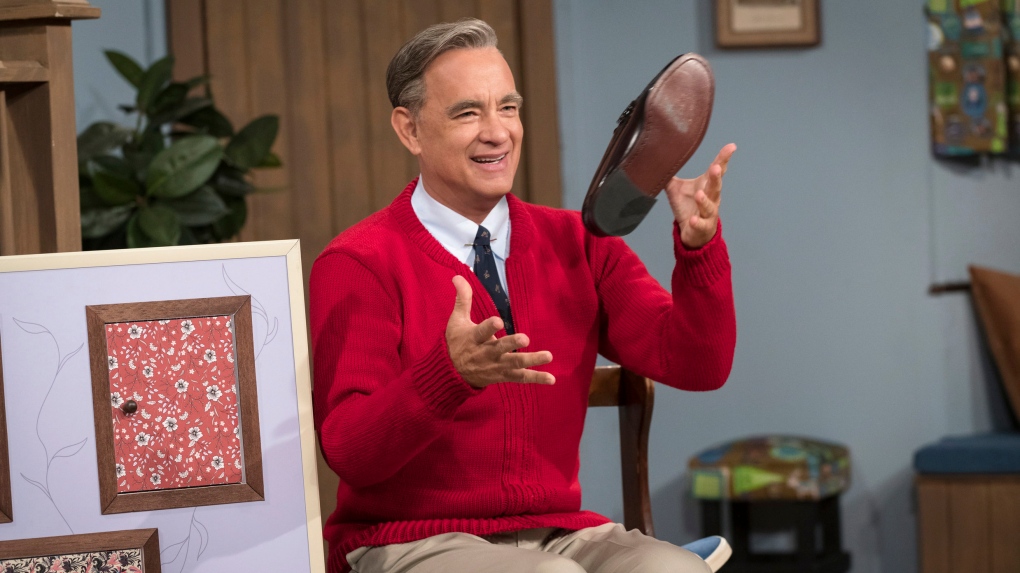 Tom Hanks revealed in a new interview that he didn’t always appreciate Mr. Rogers. He thought that Fred Rogers was “stupid” when he was a kid. Mr. Rogers is a kids’ entertainer who’s known for his gentleness and kind spirit.

The 63-year-old actor plays Rogers in Marielle Heller’s new film, A Beautiful Day in the Neighborhood. In a new interview with U.K. late-night talk show host Graham Norton, he wasn’t a fan of the television star when he was little, according to a report via Canoe.com.

Hanks admitted he thought the show was “stupid” because it was so focused on kindness. He wanted to see more action and violence in his shows. “The original show has timeless quality, and it taught kids how to be decent people, but I was 11 when he first came on and though, ‘This show is stupid. What is this? Change the channel, I want to see Batman,” Hanks said. “I want to see someone punching someone out and solving problems that way!”

But Hanks learned to appreciate Mr. Rogers as he’s gotten older. He also believes that the Christian man is an important role model to kids everywhere, including the people of Pittsburgh, Pennsylvania, where Rogers lived and filmed his television show.

Hanks revealed what it was like to film his new movie in Rogers’ hometown. “Everyone in town knew we were shooting Mr. Rogers, which is kind of like playing Paul McCartney in Liverpool I was going up in the elevator to my hotel and a Pittsburghian got on and said, ‘Mr Hanks, how’s filming going?’ I said, ‘Pretty good thank you.’ He then said, ‘Are you enjoying your time in Pittsburgh?’ to which I replied, ‘Yeah, it’s a pretty great town.’”

That’s when the actor revealed that the person told them that they “take Mr. Rogers very seriously here in Pittsburgh.” The person also had an expression on the face that made Hanks uncomfortable. Hanks’ full interview with Graham will air on BBC One on New Year’s Eve.