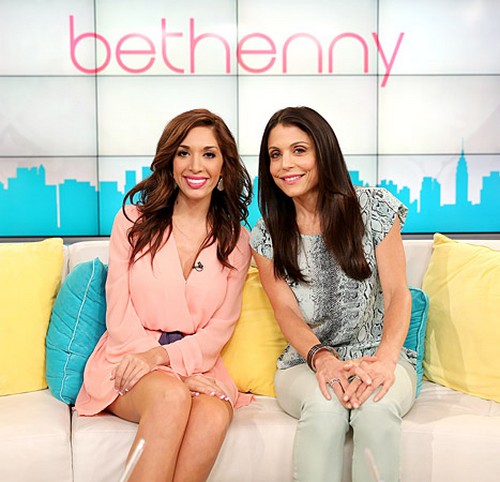 Part-time novelist and full-time D-Lister, Farrah Abraham defended her parenting decisions on Bethenny Frankel‘s new talk show, Bethenny.  Farrah took to her 3-year-old daughter’s forehead and waxed her eyebrows and thought it was perfectly normal to do, after all her daughter had a uni-brow and how horrible is that, right?

When Farrah appeared on the Bethenny show last week an audience members decided to question her parenting choices.  One audience member got really upset at Farrah for waxing Sophia’s eyebrows, the disagreement got so heated Bethenny had to step in to calms things down.

In defense of waxing her daughter’s eyebrows Farrah told the crowd, “After that whole situation in the media, I actually got a lot of fan mail from girls who were younger, who did have unibrows, and they only wished that their moms would have helped them.”

The audience member did not buy it and came back at her with, “My head is going to pop off, I swear.  That is crazy. You’re making a little girl believe that without you plucking her eyebrows, she won’t have pretty pictures. She’s 4 — she’s beautiful.”

At that point Farrah should have known to just move on, but she decided to continue with the unhappy audience member and defended herself by saying that Sophia was sleeping so that made it okay.  The women cut off her explanation and said to Bethenny, “She’s out of her mind, I’m sorry.”  I totally agree with the women, she is going to give her poor daughter a complex.

Farrah continued to spew a lot more nonsense during the interview.  Bethenny Frankel’s interview with Farrah Abraham airs on Bethenny on Monday, Oct. 28, at 11 a.m. on Fox.  Will you be tuning in?  I will be skipping it!

Isla Fisher And Daughter Elula Have A Lunch Date At Cheebo