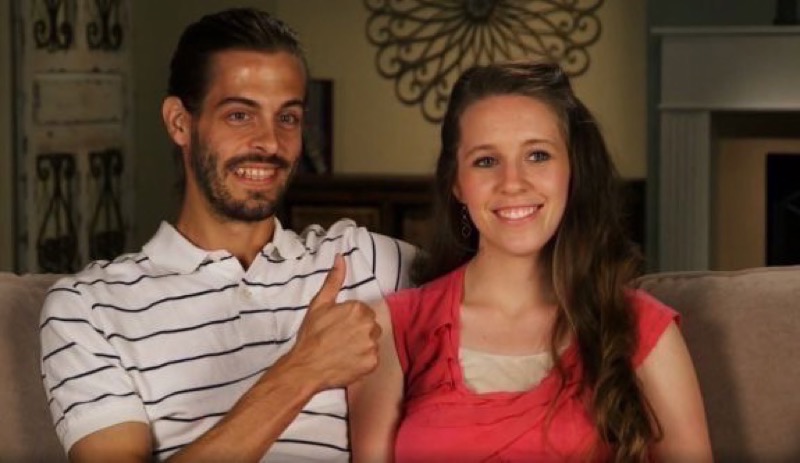 Counting On spoilers revealed that two months ago, Jill and Derick Dillard welcomed their third child together. Now that he’s two months old, Jill shared a throwback photo of Derick with his son from the month before. In the photo, Derick gazed at his baby boy with real love and joy.

Counting On – Another Cute Boy For Jill & Derick Dillard

Jill Duggar produced two children after she married Derick. First, Israel came along and fans saw photos of them with their baby when they did missionary work. Next, they produced Samuel who seems very cute. So, when they heard about the new pregnancy TLC fans hoped for a daughter. Well, it turned out that they had a little boy, and so far, there’s no regret coming from either of them.

Counting On fans cheered with relief when the baby arrived safely. Bear in mind, she previously lost a baby, so Frederick is a rainbow child.  Jill shared the details of the birth and the name of their son soon after Freddy’s arrival. At the time, fans decided that he looked exactly like Samuel. Some other cute photos followed that revealed the whole family just adores the new addition.

If you don’t know, after she gave birth by C-Section, Jill Dillard went back to the hospital. Unfortunately, she needed gallbladder surgery. So, she was in double trouble while raising a new baby. Fortunately, the Duggar family and friends stepped up to help. Of course, Derick was also there for her. This week, she posted about Freddy turning two months old. Additionally, she shared a throwback photo of Derick with his new son.

Counting On fans loved the photo of Derick and Freddy. A lot of them noticed that he seemed full of love and joy as he held his baby boy upright on the bed. Once again, those people who love the Duggar family swooned over a photo by Jill. Somehow, she managed to capture a perfect photo as dad and baby boy stared at each other. So, plenty of folks commented about that in the comments section of the Instagram post.

Counting On fans really seem to love Jill and Derick these days. That wasn’t always the case, but Derick won a lot of kudos for standing up to his father-in-law, Jim Bob Duggar.

One fan wrote, “Such a lovely picture. God bless them.”

Another follower noted, “What a cute moment to capture 💙.”

This comment also arrived: “So cute! Daddy is just beaming with pride.”

Of course, a lot of people commented once again that baby Freddy looks a lot like his brother, Samuel.  Do you agree? Shout out in the comments below.

Be sure to catch up on everything happening with the Duggar family right now. Come here often for more Counting On spoilers, news, and updates.

Maurice Benard Teases Shocking Twists On GH In the Next Month