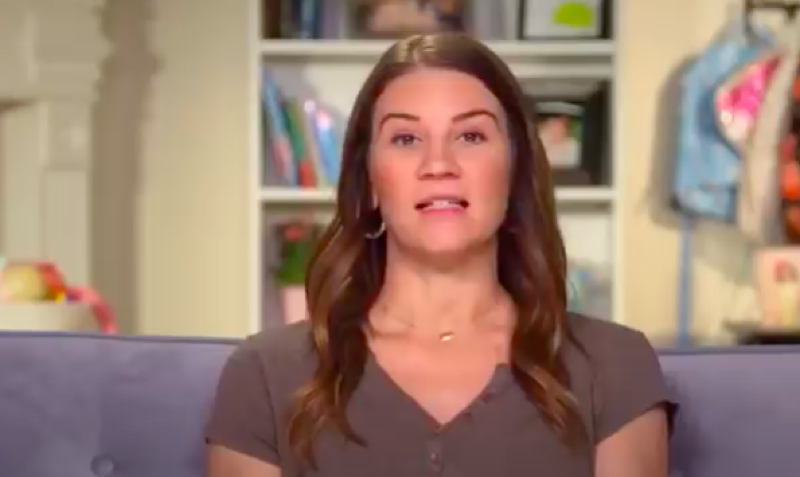 OutDaughtered fans were left hanging when it came to the health of Danielle Busby. In fact, she didn’t fake it as so many folks believed and she confirmed that she suffers from an autoimmune problem. This weekend, she shared an update and mentioned something really interesting. Additionally, she promises a video by her and Adam to address more about her challenges. So, what did she reveal that might interest a lot of TLC fans? Read on to find out.

Last year, TLC fans saw some worrying moments for Danielle and Adam. Recall, that they visited a heart specialist. Actually, fans also saw her crying because she felt really afraid that surgeons might need to crack open her chest. Whilst her doctor couldn’t rule out open-heart surgery, it turned out that her heart wasn’t the problem. Feedback since then, revealed that some sort of auto-immune problem still pages the mom of the quints and Blayke Busby.

These days, the OutDaughtered family shares their adventures on Adam’s YouTube, It’s A Buzz World. Fans heard that they might take a hiatus from filming. Actually, Adam posted a video about it, but fans are still waiting for it. In the meantime, he posted videos about the kids celebrating their birthdays on It’s A Buzz World. Now, Danielle promised another video about her health, so hopefully, it appears on the channel soon. Meanwhile, she also mentioned something else about her health on Instagram Stories this weekend.

Taking to her Stories, Danielle revealed herself in the kitchen preparing a meal. Well, she explained that she went for proper medical testing to establish what she shouldn’t eat. Apparently, food allergies really can make auto-immune issues worse. So, she was saddened to learn that “ketchup” must go out the door. Mind you, if she hates spinach, then she might not mourn the loss of that in her diet. Anyway, the TLC star seemed shocked at how many different foods can exacerbate her illness.

The OutDaughtered star found out that things like almonds cause her inflammation and other issues. So, she was really surprised at how many things she doesn’t show an obvious allergic reaction to, actually affect her. That doesn’t mean that nobody should eat them though. She explained that she had extensive bloodwork and she turns out to personally have sensitivity to some of her favorite foods. These involve about “25 things” that she “should be taking out” of her diet.

The OutDaughtered mom isn’t unusual in feeling worse when she eats certain foods. According to the Ben Roya Research Institute, auto-immune problems sometimes result in “your body flagging harmless environmental allergens, or substances, as dangerous and then going on the offense.”

The Bold And The Beautiful (B&B) Spoilers: Sheila Remains A Threat To Steffy – Drama Is Not Over