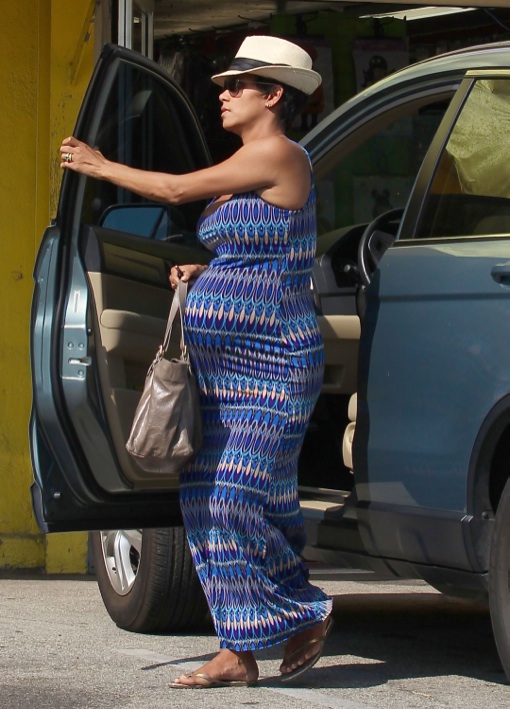 The Cloud Atlas actress looked ready to pop in a long patterned maxi dress and flip-flops while exiting her car. Nahla looked at a Snow White costume at the store.

“It wasn’t my wish to go into all of that again in this time of my life. I talked about it on Larry King Live and Oprah when it was relevant, and I felt like it was important to help other women and share it with them,” she said. “Back in the day, I did feel empowered when I told that story and I felt, ‘This might help somebody because I survived it and I learned a lot. But it’s just not where I am today and I really hate that it’s been presented like it is… I’m in such a great time in my life right now it wouldn’t be my wish to really revisit that period, but this outlet did and made it seem as if it were current again.”

After the end of her first marriage to baseball player David Justice, Berry attempted to poison herself with carbon monoxide in her car.

Of anything her story might bring more awareness to National Suicide Prevention Week. The mission which runs September 9-15 is to inform and engage health professionals and the general public about suicide prevention and warning signs of suicide.