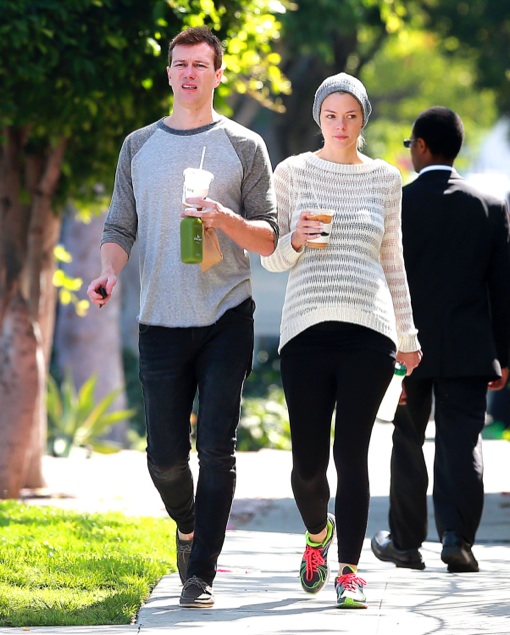 The pregnant Heart of Dixie actress wore a striped shirt that showed of her blossoming bump with tights and running shoes.

Over the weekend, Jaime celebrated the impending birth of her future bundle of joy with a baby shower brunch at Soho House in West Hollywood.

The parents-to-be first announced they were expecting in May.

Simon Cowell: “I’m Proud to Be a Dad”