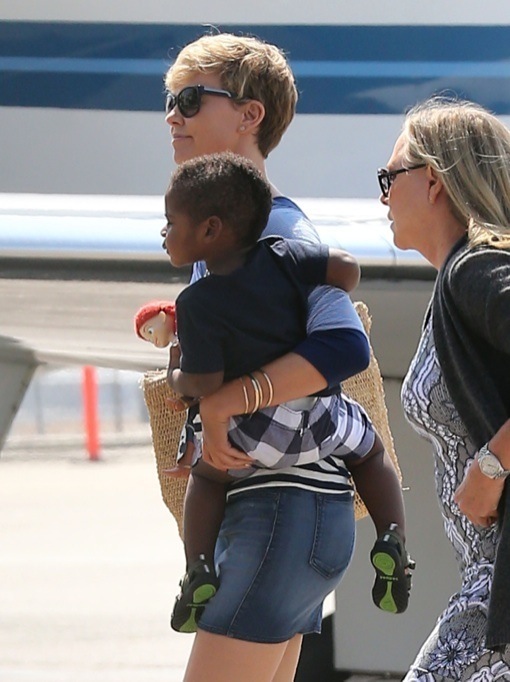 Charlize Theron and her son Jackson were photographed departing on a private flight at Burbank airport in California on Tuesday (August 6, 2013).

The Prometheus actress affectionately lifted the 1-year-old up in the air while taking him out of their chauffeured car. They were joined by her mom Gerda.Charlize turns 38-years-old today.

She celebrate her birthday in Rome, Italy with dinner at the exclusive Antica Pesa on Sunday night. She laughed over wine with friends and restaurant owner Francesco Panella.

Before heading to rome, the South African-born actress returned to her native country and met with President Jacob Zuma to discuss the efforts being made in the fight against HIV and AIDS and to urge young people to better educate themselves on how to stay healthy.

“We are all here to support you. You are the future of this country and I am asking you to seize the opportunity to lead healthy and empowered lives,” Theron said during a press conference in Pretoria.

Theron was designated a United Nations Messenger of Peace in 2008.