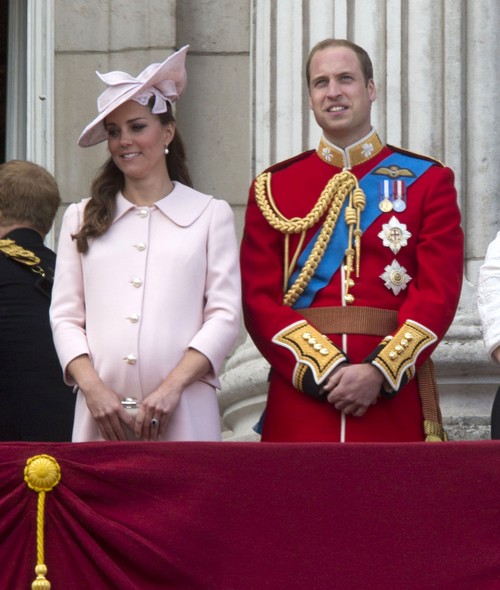 Kate Middleton the Duchess Of Cambridge and her husband Prince William are said to be expecting the arrival of their first child this week.  All Kate’s engagements have been cancelled for this week, leading people to believe the due date is correct.  People are anxiously awaiting the Royal birth, the last time there was so much interest in a Royal birth was when Princess Diana was pregnant with William.

Even thought Kate’s due date is believed to be this Saturday Royal Watchers say that the birth could happen sooner.  Kate is expected to give birth at The Lindo Wing of St Mary’s Hospital a Royal favorite.  This is where Princess Diana had William.

William has promised to be at the birth of his first child and although he is still working as a search-and-rescue pilot at RAF Valley in Anglesey he is said to have a helicopter at the ready.   He intends to be there when Kate gives birth and hopes to be the one who drives her to the hospital.  A source said: “William will want to fly because it avoids any traffic snarl-ups or train delays.  He’s promised Kate he will be there. It just shows how serious he is about being a modern father. ”

So what is the sex of the Royal Baby? Well Kate and William insist they do not know.  Are you exited about the upcoming Royal birth?  Hit the comments and let us know.  Don’t forget to come back to Celeb Baby Laundry for all the breaking news on the Royal birth.