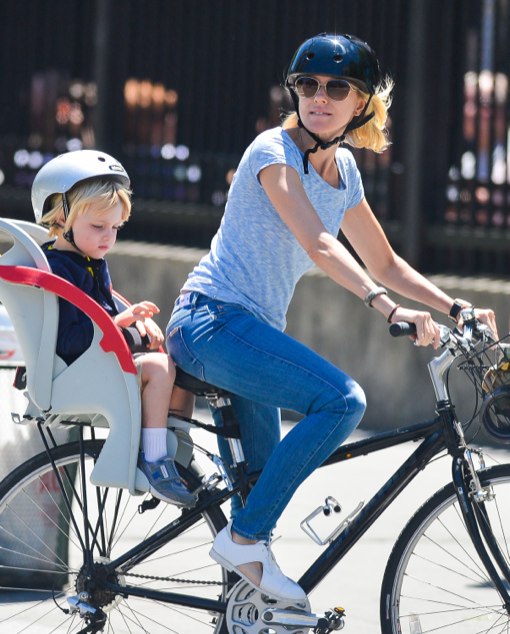 The Diana actress wore a casual blue t-shirt, skinny jeans and flats while riding on the busy street. Samuel looked relaxed in a grey  baby seat while wearing a helmut to protect him from any accidents.

Watts has returned to the city after spending a couple of months in Los Angeles, where husband Liev Schreiber filmed his new Showtime series Ray Donovan.

Watts’s latest films Diana will have a big Leicester Square gala in London on September 5.

“I don’t look like her and I’m certainly not impersonating her. I’m hoping to catch the essence of her”, the actress said of playing the Princess.