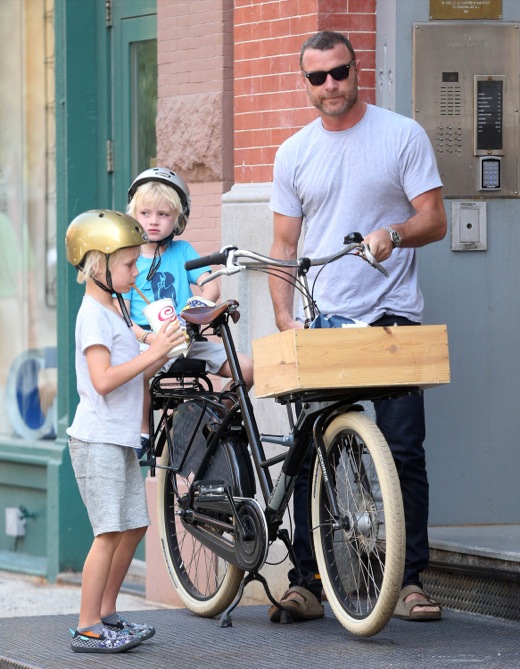 Liev Schreiber and his sons Sasha & Kai were seen running errands together on a bicycle in New York City on Wednesday (Aug. 20).

The Ray Donovan actor was dressed in a shirt and jeans with sandals while riding the bike. Sasha sat in front of the bike while Kai sent behind his dad.

Schreiber makes his television directing debut on this Sunday’s episode of Ray Donovan.

The episode, titled “Walk this Way,” finds the Donovan family coming together to celebrate Conor’s birthday. As tensions mount, Ray reacts as he never has before.

The episode will air on Showtime at 9/8c.