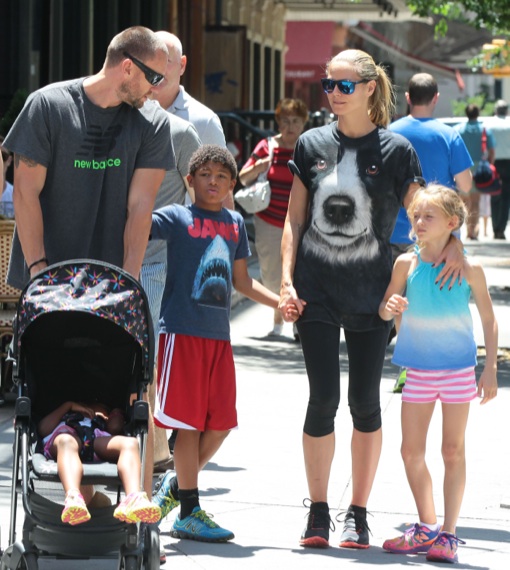 Heidi Klum and her boyfriend Martin Kristen were spotted taking her children Leni, Henry and Lou for a walk in New York City on Sunday (June 23).

The America’s Got Talent judge was dressed casually in a black top with a dog face printed on the front, black tights and running shoes. She held Leni and Henry’s hand while Martin pushed a sleeping Lou in her stroller.

Heidi recently revealed that she doesn’t think she will be having anymore children.

“I don’t think so. Four is a lot,” she told ABC. “They’re a little pack. It’s very dangerous for mom, because it’s four against me.”

America’s Got Talent airs on NBC each Tuesday at 9EST.

Madonna: Seeing My Children Grow Up Can Be Uncomfortable