Madonna: Seeing My Children Grow Up Can Be Uncomfortable 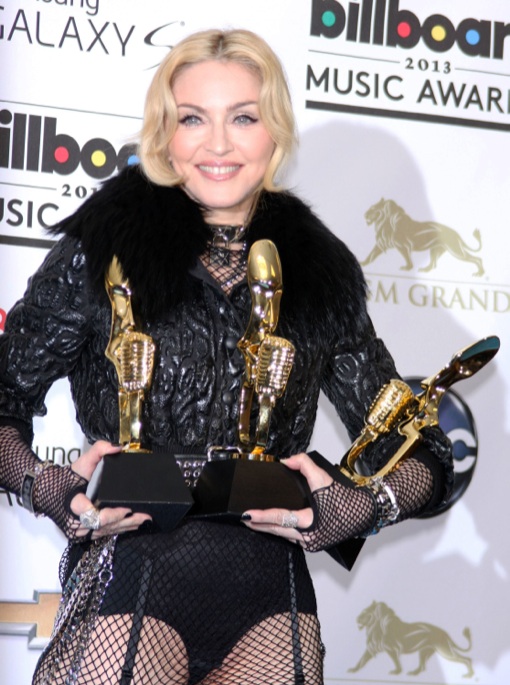 Madonna‘s children are no longer babies!

While promoting her new documentary, Madonna: The MDNA Tour, the mom to Lourdes, Rocco, David and Mercy admits seeing her children growing up can be weird.

“Seeing my daughter at 16—it’s kind of uncomfortable,” the 54-year-old star says of Lourdes. “She’s still my little girl and she’s also a woman.”

Rocco is also  “a foot taller” and is “looking at girl’s butts,” says Madonna, who jokes she finds the situation “terrible.”

Madonna’s new documentary shows her as a strict mom, but one that involves her children as much as possible with her busy touring schedule.

She takes her children on tour with her and even lets them help with the production.

“[Lourdes had the] very unglamorous task dressing and undressing the male dancers,” as part of her job with the wardrobe department. “They’re disgusting and they’re sweaty and they’re rude, ” she jokingly tells.

Although, “She took her job very seriously.”

Meanwhile, Rocco likes to appear on stage with his mom sometimes.

“He’s the showboat in the family,” explains Madonna.

The documentary is due out on August 27.

Jennifer Lopez: I Loved My Jiggly Belly After Pregnancy