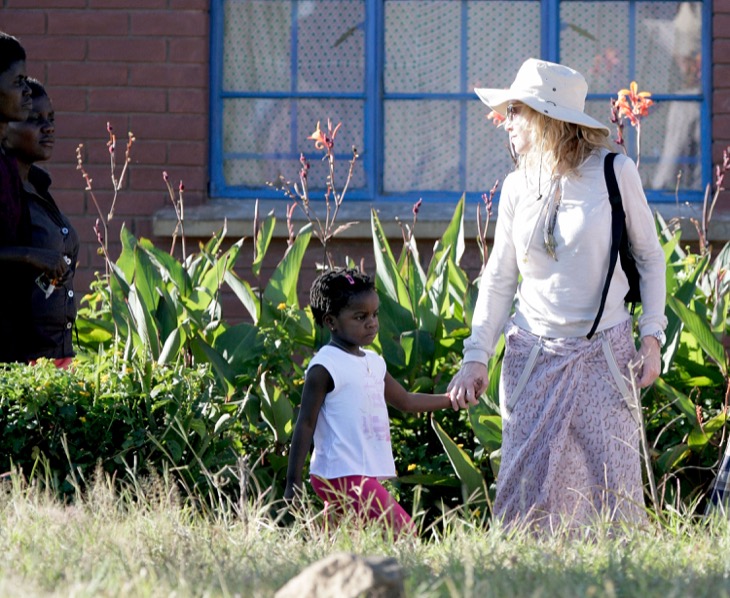 Madonna might be a lot of things to a lot of her fans, but at home she’s a loving mother to her six children. The chart topper and music icon recently opened up about the struggles she endured while she was trying to adopt her daughter, Mercy James. Madonna said that it never crossed her mind to give up during her battle to bring her home.

Madonna opened up about Mercy James’ adoption while she helped open Malwai’s first ever pediatric surgery and intensive car center. She named it the Mercy James Institute for Pediatric Surgery and Intensive Care after her 11-year-old daughter. Madonna also has five other children, her daughter Lourdes Maria, her son Rocco Ritchie, and her three children adopted from Malawi, David, Stelle and Estere.

According to People Magazine, Madonna recalled, “The adoption laws in Malawi had not been reformed since the early ’40s, and it had not occurred to anyone to change them yet. So my argument was that women have been raising children for centuries, on their own … not to mention the fact that I was doing just fine raising my own three children.”

Madonna continued by calling the process one of the most difficult in her life and that she fought blood, sweat and tears to bring Mercy James back home to New York City with her.
She added, “I never gave up. And I never backed down. And I believe that if you want something badly enough in life, the universe will conspire to help you get it. It may not be exactly when you want it, it may not come exactly when you think it’s gonna come. It may not come in the package that you want it. But if you persevere, you will win.”

All of Madonna’s six children except for her daughter Lourdes were present for the opening of the Mercy James Institute.