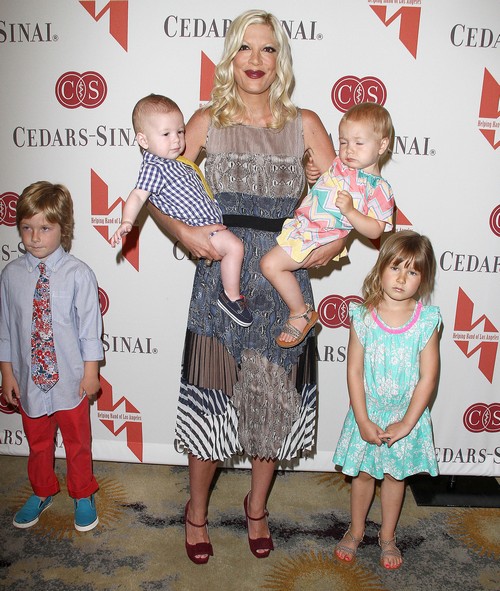 Tori was at the luncheon to be honored as a mother who makes a difference.  Tori had all her 4 children in tow, it looked like Tori needed some helping hands.

The day also featured a fashion show by designer to the stars Kevan Hall.  Kevan has dressed celebrities such as, Michelle Obama and Virginia Madsen.

Meanwhile, Tori dropped a whopping 45 pounds after having her son Finn in late August and recently shared the secrets.  Tori credits walks and running after her four children.  Last pregnancy Tori worked out with crunches and lunges, but this one is different and she cannot.  “This time I can’t for at least a year, so I’ve relied on healthy food and cardio. But I think my stomach went back pretty well.”

Check out the video and photos below of Tori and her children at the Helping Hands Luncheon.