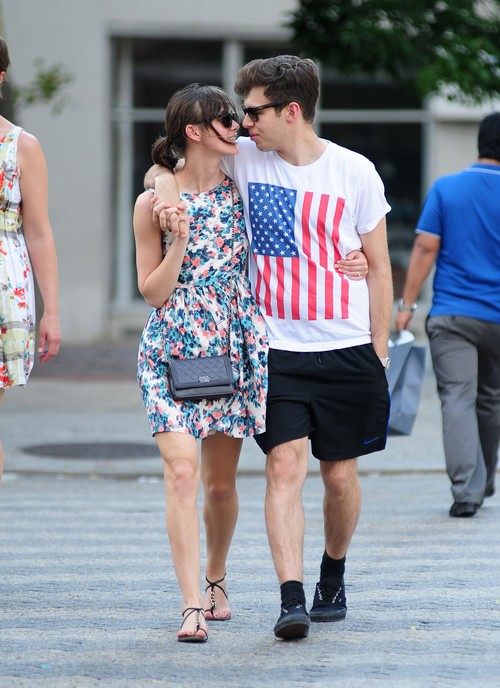 Keira Knightley & James Righton got married in the South of France near Keira’s farmhouse on May 4, 2013.  According to a source, “It was an amazing wedding, the whole thing was really sweet and down to earth.”  The wedding was attended by family and friends and was followed by a party at Keira’s parents’ home in nearby Provence.

James gave Keira a beautiful ring which was a family heirloom and it belonged to his grandmother.  Our friends over at Bohomoth grabbed the first picture of the ring.  If you want to see it, CLICK HERE!

The two are now away on a romantic Honeymoon in Corsica.  The happy couple were spotted showing lots of PDA walking on the beach and touring around in a yacht.   Now that the two are married we are wondering when they are going going to start making babies, maybe they have already started.  They could turn their Honeymoon into a Babymoon 🙂

Is Suri Cruise Starting Her Own Fashion Label?