Is Suri Cruise Starting Her Own Fashion Label? 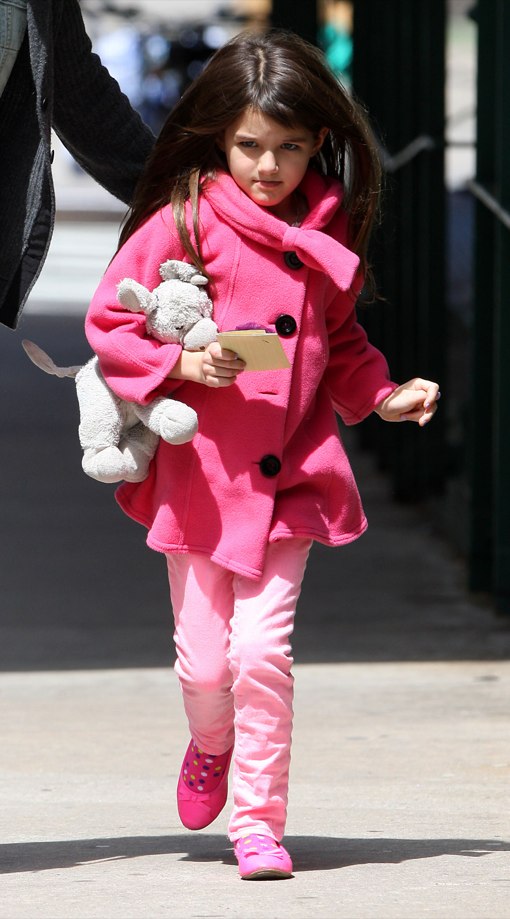 Is Suri Cruise the next top designer?

According to Now Magazine, Tom Cruise and Katie Holmes‘ 7-year-old daughter has landed a £1.5 million deal to launch her own fashion range. She will design items including dresses, tops and jeans with Katie and stylist Jeanne Yang for her self-titled kids’ line.

“Most girls dream of being able to make their own clothes, this just means her drawings will now become a reality,” says a source. “It’ll be interesting to see how it pans out, there’s nothing around quite like it.”

Suri’s range is set to launch in a New York department store this autumn and if successful will be sold in stores across North America in 2014.

“She has been through a very difficult year and adapted amazingly to her new life in New York, including the upheaval of starting normal school,” the insider tells. ‘This is a nice hobby for her, it’s certainly not going to take over her life.”

What do you think of Suri starting her own fashion label?

Jenna Dewan-Tatum Is About to Pop