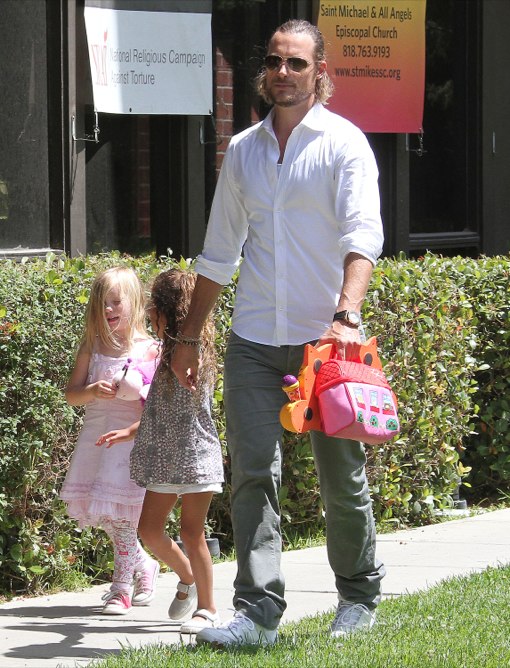 Gabriel Aubry was spotted picking his daughter Nahla and her friend up from school in Los Angeles, CA on Friday (May 3).

The model looked like a cute daddy with his hair pulled back while wearing a white shirt with khakis. He held the 5-year-old’s hand affectionately and her school stuff in the other.Nahla celebrated her birthday in March at school with her classmates and then with a Little Pony themed party.

“This year we’re taking M&M’s with her little picture on it [for her school birthday party snack],” her mom Halle Berry told Ryan Seacrest. “You can do that now on the internet and put their face on it!”