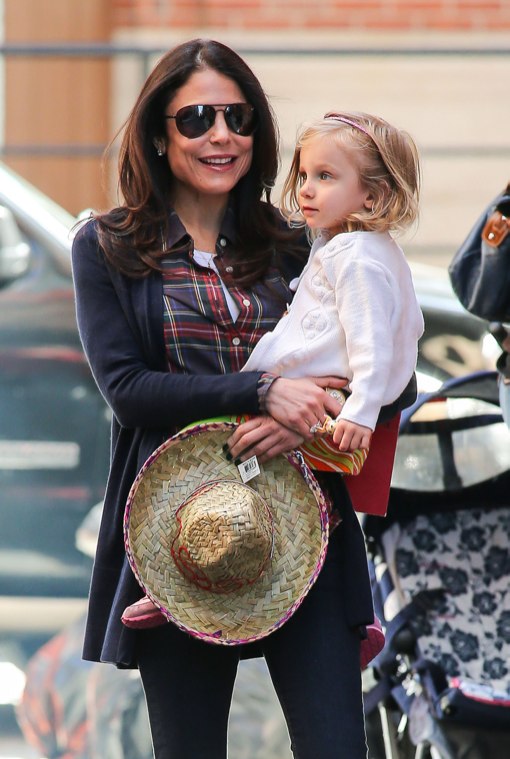 Bethenny Frankel picked up her daughter Bryn Hoppy from school in New York City on Friday (May 3).

The reality star was all smiles as she carried the toddler on her hip with a straw hat in her hand.  The 2-year-old wore a headband in her hair with a white sweater and jeans.After a six week trial in several markets last summer, Frankel’s talk show, Bethenny will debut in national syndication on September 9. The show, which is produced by Warner Brothers, and Ellen DeGeneres, has been cleared in 98 percent of the country.

“I have the best news to share with you today. My new nationally syndicated daytime talk show has an official premiere date! Let’s all set our DVRs now for Monday, September 9th. I’m so excited to go on this journey with you,” the Skinny Girl mogul took to Facebook to share the news with her followers.