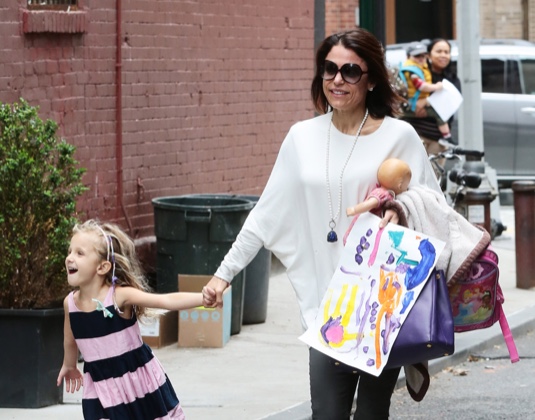 Bethenny Frankel was photographed picking her daughter Bryn Hoppy up from school in New York City on Thursday (June 4).

The Real Housewives Of New York reality star was all smiles as she carried her daughter’s artwork, school bag and baby doll. Bryn  jumped about while holding her mom’s hand.

While doing press for her 6th book, ‘I Suck at Relationships So You Don’t Have To: 10 Rules for Not Screwing Up Your Happily Ever After’, Frankel revealed what scares her the most in life.

“Time without my daughter. I just don’t like the idea of it, and the idea of most things is worse than the reality. I keep wanting to say the idea of not succeeding, but that doesn’t really terrify me. People think I’m so driven to be this big thing. I’ve kind of already overshot the mark, and now I just do things that I love,” she told the Washington Post.

Why Families Should Invest In Travel Insurance When on Vacation

Bethenny Frankel Soaks Up the Sun in Miami