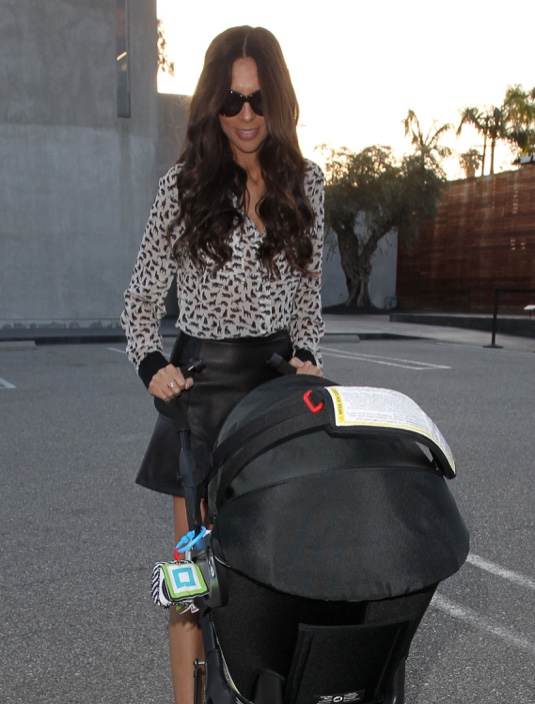 Terri Seymour and her daughter Coco Seymour-Mallon were seen shopping at Maxfield in West Hollywood, CA on Thursday (June 4).

The Extra Host was dressed in a printed blouse and leather skirt with booties. She pushed her daughter who peacefully slept in her stroller on the way to their car.

Seymour revealed in a recent interview that she is breastfeeding Coco.

“I am breastfeeding, which I love. It’s our special time together and I absolutely love it. She’s a big baby – she was 9 lbs. when she was born – and she eats a lot. As long as she’s eating, she’s happy. I breastfeed her every 2 hours, and she love it. She eats really well — touch wood because there’s no problems there either.” she told Celebrity Baby Scoop.

She added that the process is going good, but at the same time is not easy.

“I wouldn’t say it was easy, but she took to it straight away so that really helped. I’ve just started going back to work doing a few off-shoots twice, three times a week, and she only just started taking a bottle. I was worried that I’d left it too long, but as long as she’s getting her food, she doesn’t care where it comes from.”

5 Things About Pregnancy Most People Don’t Tell You About