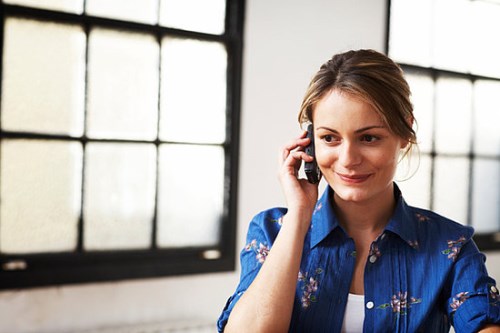 Recently I had a mom friend of mine post an interesting question on her Facebook. Her daughter, middle school aged, had a girlfriend over for a sleep over. The friend who visited brought with her some not so friendly habits that weren’t discovered until after the sleepover was over. My girlfriend was proposing to her facebook friends: ‘do I tell her mom or not? (of the problems brought with the little girl)’. It sparked an interesting debate on what she should do. While reading the responses, a thought came into my mind: If I was the mom of the little girl, would I want to know what my daughter had done? Could I receive the information from the mom without feeling as though she was attacking me and my daughter?

Let’s start with us as the mom hosting the sleep over. All children are raised differently. Depending on where you live and who your children associate with there may some ‘ground rule’ similarities, but what if there isn’t? Does this mean you child should be automatically banned from that friendship? In the situation mentioned above, the acts that took place were not necessarily moral upbringing type issues, but rather acts of defiance (and to an extent, just being a kid). So let’s say that your daughter’s best friend of the last few years headed by for a sleep over and ended up stealing one of your daughter’s candies (let’s say it’s candy that she earned by doing chores, or being nice to her siblings, “special candy”). Upon your daughter noticing it was gone you bring it up to your daughter and her friend. The friend tries to blame the candy missing on you, the parent; she tries to convince your daughter that perhaps you, her mom, took/ate the candy. Now, assuming you aren’t raiding the Easter Baskets, you now have the red flag that her girlfriend ate the candy and then lied to cover her tracks. There’s a few ways you can handle the situation.

It’s probably best to let mom know about what is going on, maybe not that exact second, but when she’s picked up the next morning. If the picking up has already happened, I would recommend a phone call. If my daughter were lying about things taking place I would certainly want to know, but I would also want to handle it on my terms (going back to all kids are raised differently). Kids learn lessons at an early age in life. If we let the things like this slip past with no reprimanding then these are the lessons they will carry onto life thinking it’s “okay”. First it will start off with our best friend’s candy, and then maybe a pretty necklace from our mom and then it could stem into a few bucks out of mom’s purse to go get ice cream after school.. You can see where this could turn into a problem.

As far as approaching the parent of the friend, you don’t have to go in with your mom gloves on swinging away. You can very politely let the parents know that your daughter was upset by the fact that some of her special candy went missing while her girlfriend was over for the night. Let mom know that when you confronted the girls about it, you, the parent, were blamed for taking the candy. Now, depending on how well the other mom handles confrontation there could be several outcomes. Mom could get defensive for a number of reasons, however, if you approach mom politely and simply explain that the daughter will be welcome back into your home but there are certain things you won’t tolerate. Ask her to talk to her daughter and let her know that if she wants something she can absolutely come talk to you and ask for anything in your home. The answer might not always be “yes”, but you encourage her to ask anyway, because unless we ask, we don’t know the answer. This puts the parenting lesson into mom’s hands without being a messy situation.

At the same time, you can easily turn this into a teachable moment for your daughter. Ask her how she felt knowing that her things were taken without her permission. Turn it around , ask her how she thinks others would feel if she did that sort of things to her friends? You’re able to make this a learning experience for her. You can also take it one step farther on a lesson in forgiveness. Teach her that it’s okay to forgive the person who took her special candy, even if the robber isn’t even brought forward. Forgiveness (along with lying and stealing) is a lifelong lesson best learned at a young age.

Most parents will handle things in a different manor and what’s a right way to handle it to one parent might not be okay to another. Either way, as a parent, I feel it’s best to talk to the other parent about things like this when they take place (and this can be carried into ALL kinds of kid on kid conflict situation). There is a certain amount of “kids will be kids” and every parent will react on that subject differently but I want to be aware of what my children are doing when they are not under my watch. I feel it’s fair to involve the other parents when conflict should arise. Hopefully parents will receive your message just as nicely as you deliver it. Keep in mind that as a parent, we often feel attacked over our parenting styles very easily. Remember to keep an open mind should you be on the receiving end of a message like this, chances are your friend isn’t trying to attack you, your children, or your parenting but merely protecting her children for the same pain you’d want to protect yours from!