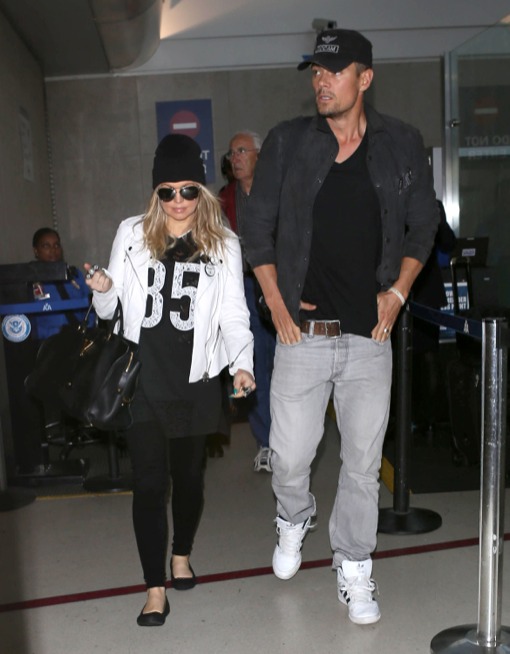 Fergie and her husband Josh Duhamel touched down on a flight at LAX Airport  in Los Angeles, CA on Monday (April 8).

The pregnant Black Eyed Peas singer wore a white leather jacket, an oversized sports jersey with tights and flats while walking through the airport terminal. Duhamel walked next to her wearing  a grey jacket, a black v-neck top and jeans with sneakers.

The couple were returning from a quick trip from Sao Paulo, Brazil.

While in the city, Fergie attended the 2013 amfAR Inspiration Gala on Friday (April 5) where she was awarded an award of inspiration.

“Honored 2be presented w/ the @amfAR Award of Inspiration at the #InspirationGala in São Paulo,” Fergie tweeted earlier in the day.

The parents-to-be were also spotted soaking up the sun in Rio de Janeiro.