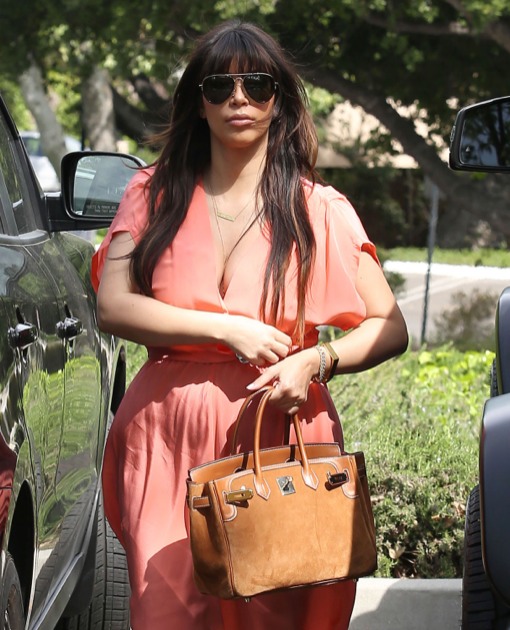 During the season finale of Kourtney & Kim Take Miami, Kim Kardashian revealed that she suffered a burst ovarian cyst after her first month of pregnancy.

In the episode which aired Sunday night, Kim suffers excruciating stomach pains and sister Kourtney rushes her to the hospital.

“The MRI showed in my ovary, there’s a cyst, and it just burst. So it was so painful but at least we know that there’s no harm to the baby or me. I’m just glad to know that everything’s okay and hopefully it will be smooth sailing from here,” Kim told after spending six hours in the hospital and undergoing numerous tests.

After her medical crisis ended, Kim opened up about how stunned she and boyfriend Kanye West were about the unexpected pregnancy.

“Kanye and I are like, ‘is this happening? Oh, my God. I can’t handle this,” she admitted to Kourtney.

The mom-to-be insisted she planned to freeze her eggs and then wait till after her divorce from Kris Humphries to have kids.

“The whole plan with my doctor was to go to Miami, get off birth control, really clean out my system, freeze my eggs — and [then] I got pregnant,” she told, adding, “I was freezing my eggs because I didn’t want to get pregnant right this second. I wanted to wait until I was divorced and hopefully remarried, so this whole experience for me has been just shocking and exciting — but still shocking — so I feel like I really needed to digest it so I needed”

Meanwhile, Kim and Kourtney with her children attended church on Sunday with their mom Kris Jenner. Later, they enjoyed lunch at Marmalade Cafe.

Enjoy the pictures below.