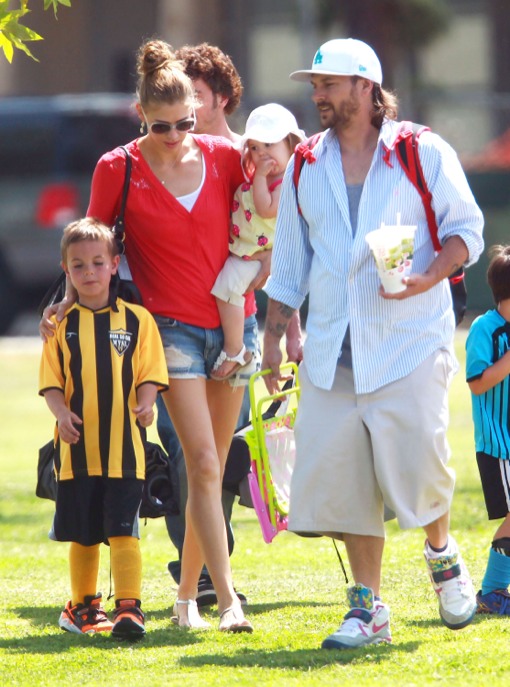 The couple brought along chairs so they could sit on the sidelines while watching the game and playwith their rambunctious toddler.  Kevin’s ex-wife, Britney Spears‘ parents, Lynn and Jamie were also at the game.

Britney was not in attendance.

Meanwhile, Closer is reporting that the singer is planning to have another baby with new boyfriend, David Lucado.

“Britney has been talking about her hopes to have a baby when her Vegas residency ends,” a source told the magazine. “They want David to be the stay-at-home dad while she’s performing, and says he can’t wait to be hands-on.”

What do you think? Should Britney have a third baby?