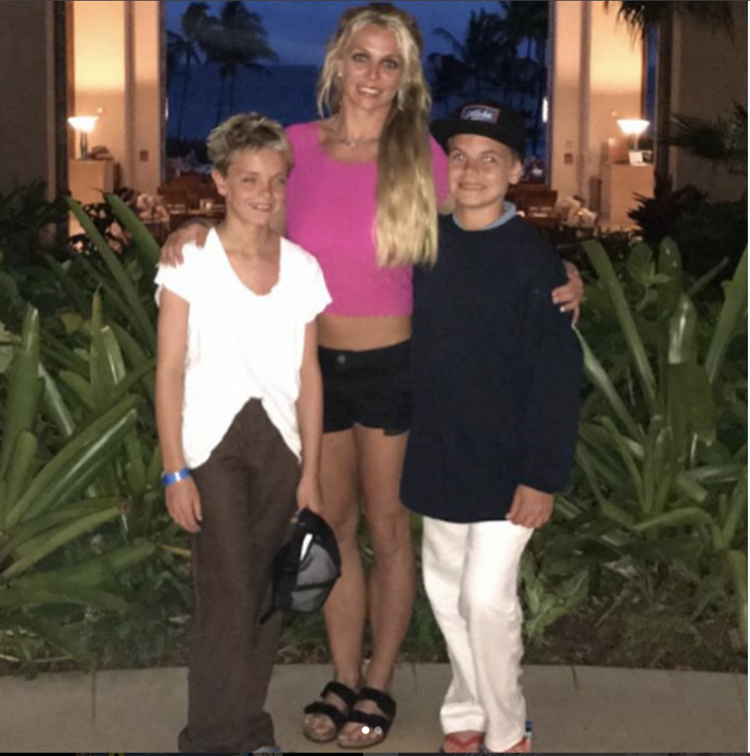 Britney Spears is enjoying some much-needed downtime with her family in Hawaii.

The singer took to her Instagram account to share a shot of herself and her sons Sean and Jayden posing for a picture after a dinner at their resort.

“Dinner in Hawaii. Literally the best!” she captioned the shot on Thursday.

Spears has been keeping busy while vacationing in Hawaii.

Earlier in the week, she posted a video that included pictures of a perfect day she had vacationing at the tropical destination.

From start to finish… it was a good day 🌴☀️

Spears recently announced that her successful Las Vegas Piece Of Me show at Planet Hollywood Resort and Casino will come to an end at the end of December.

She is currently dating Sam Asghari.

The couple met in October 2016 after Asghari starred in Spears’ video for latest single, Slumber Party.