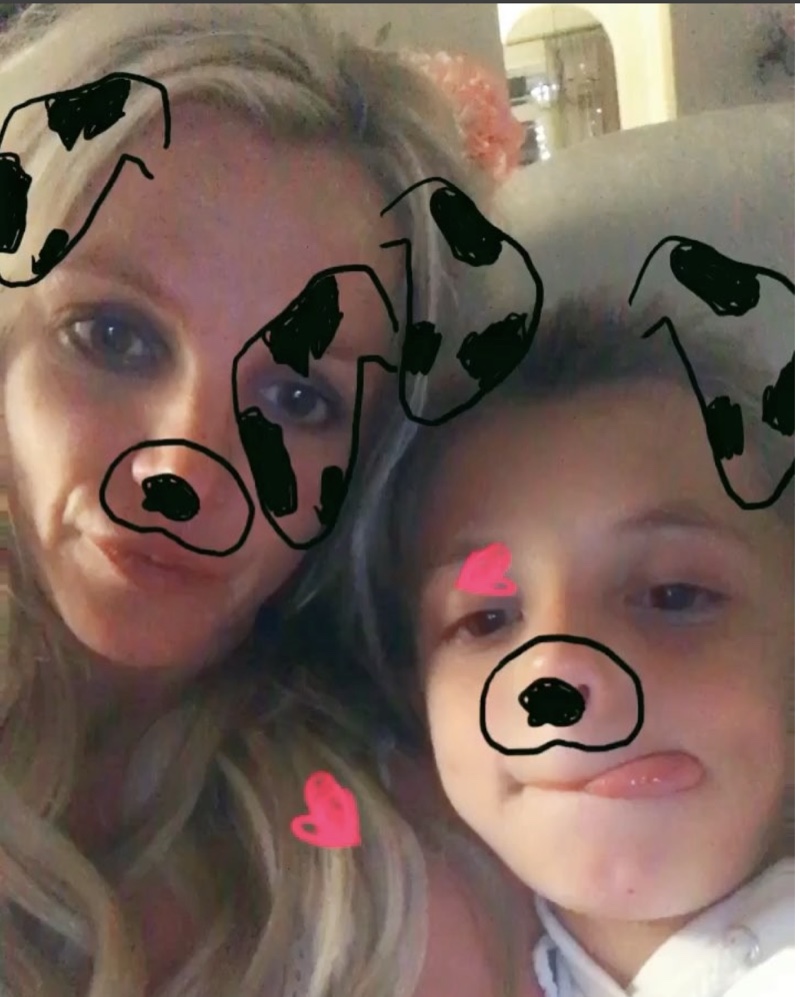 Britney Spears has no issues being a down-to-earth mom!

The singer took to Instagram to share a short video of herself and her sons Jayden and Sean trying out silly doggy filters.


Spears says motherhood has made her more comfortable with herself.

“Becoming a mother and being with my boys has made me so much more accepting of myself,” she told Marie Claire UK. “I’m their mom, whatever. That has been a really big thing for me over these last few years.”

Her Piece Of Me show at Planet Hollywood Resort and Casino will come to an end at the end of December.

The couple met in October 2016 after Asghari starred in Spears’ video, Slumber Party.