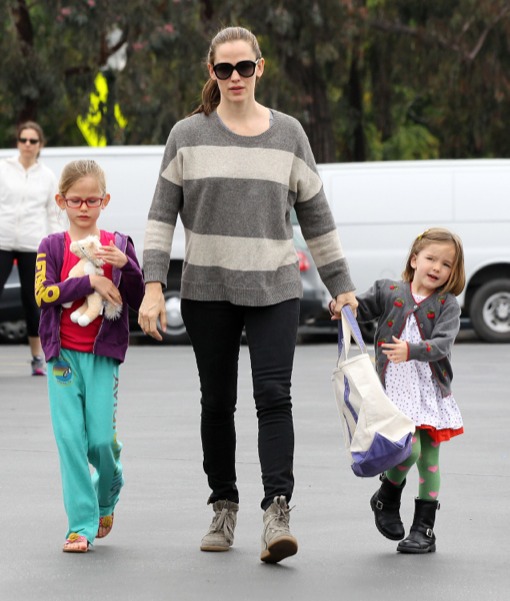 Jennifer Garner enjoyed a day with her daughters Violet and Seraphina shopping at the Farmers Market in Pacific Palisades, CA on Sunday (April 7).

The trio looked be having a ball as they picked up some healthy greens and some sweets. Seraphina took part in a pony ride while Violet decided to watch from the sidelines as she held a toy pony.

The Odd Life of Timothy Green star insists that her husband Ben Affleck wasn’t alluding to troubles in their  7-year marriage when thanking her for working on their relationship as he accepted an Academy Award for his hit film Argo.

“I know Ben, I knew he meant it as the hugest, warmest compliment in the world,” she tells The Telegraph. “I think he was saying, ‘Look, what we have is really real and I value it above all and I’m in it with you and I know you are in it with me.’ That’s the way I took it.”