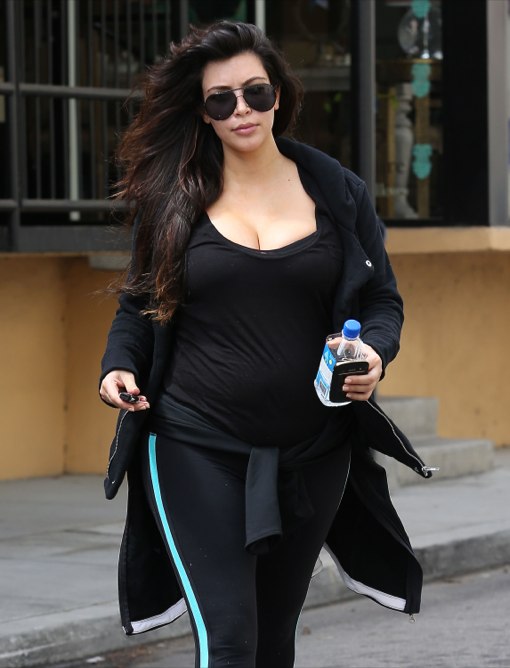 Kim Kardashian was seen leaving the gym after a workout in Los Angeles, CA on Monday (April 15).

Not giving up on staying fit during her pregnancy, the pregnant reality star wore stretch pants with a black top while walking back to her car.

Yesterday, rumors that their is trouble in paradise for Kim and boyfriend Kanye West heightened after she was forced to admit that they haven’t spent much time together in recent months.

“Kim was forced to admit during her deposition that she has spent more time away from Kanye than with him,” a source told RadarOnline “She blamed their hectic schedules, but it was obvious that it pained her a great deal.”

“Kim is pregnant with his baby, and Kanye is missing all of her pre-natal appointments, because he is halfway around the world in Paris,”  the source continued, adding, “Kim and Kanye talk, text and Skype, but it’s not the same as having him physically with her.

What do you think? Are they  still going strong?