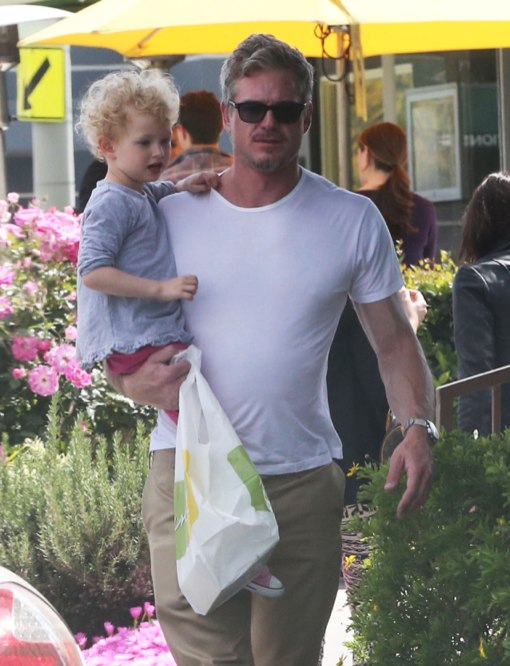 Eric Dane and his daughter Billie were pictured stopping for lemonade in West Hollywood, CA on MOnday (April 15).

The Grey’s Anatomy star wore khaki’s and a white top while carrying the youngster back to their car. At one point, Billie tried to get her dad to smell a small yellow flower she was carrying.

In the past, Eric has expressed how much he enjoys fatherhood.

“I like watching her laugh. Seeing this kid laugh when you put her on the swing, or slide down the slide with her, it’s just … She owns me,” he told.

The actor is set to star in a new television series, The Last Ship. The story follows the crew of a naval destroyer who are among the only survivors on Earth after a global catastrophe decimates the world’s population.