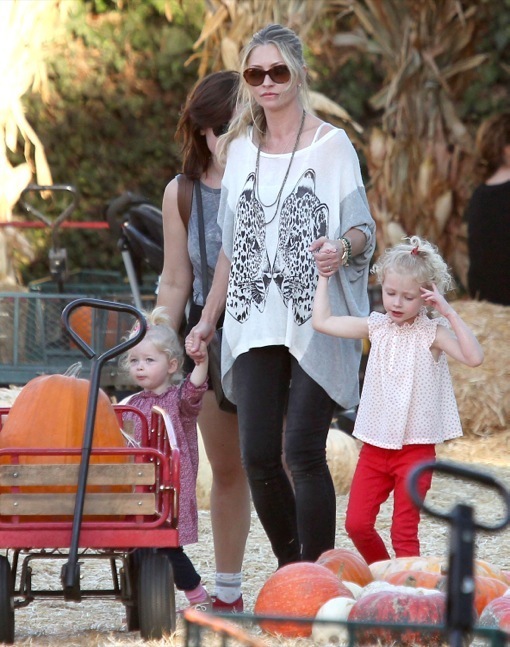 Dressed in flowing leopard print shirt and black legging, the actress picked out a big pumpkin with her girls before pulling them in a cart.

The former Grey’s Anatomy actor has kept a low profile of late.

He is set to return to the small screen return with a starring role in Michael Bay‘s new thriller-drama series The Last Ship. The actor will play the commanding officer of a ship fighting to find the cure for a deadly viral epidemic which has destroyed eighty percent of the global population.