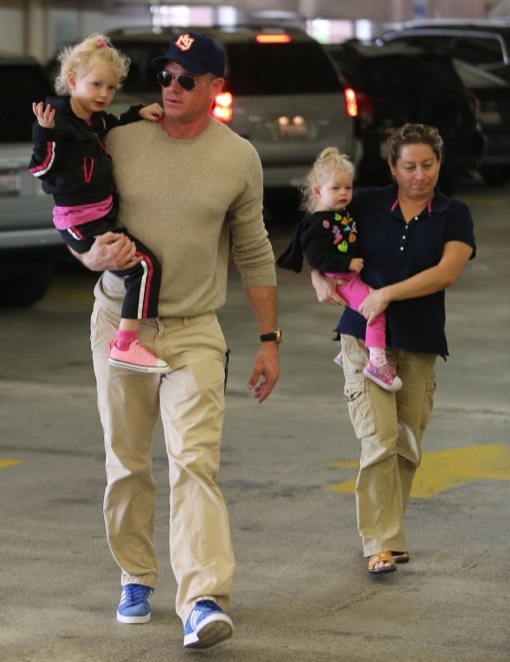 Eric Dane took his girls Billie and Georgia to Whole Foods to pick up groceries for the week in Beverly Hills, CA on Sunday (Oct. 13).

The Grey’s Anatomy actor wore a beige sweater and matching khaki pants while carrying three-year-old. A nanny  carried the 20-month-old around the store.

He is  set to play the commanding officer of a ship fighting to find the cure for a deadly viral epidemic which has destroyed eighty percent of the global population.

“Grey’s Anatomy is a world… it’s not about any one individual actor and the story lines were sort of… you know, heading in different directions,” he told Entertainment Weekly. “So it was an opportunity for me to go and I was interested in something different. I loved doing Grey’s Anatomy. I would have done it until the final episode, but this was something I couldn’t pass up.”

The Last Ship is scheduled to premiere on TNT in 2014.

Do It Yourself Halloween Costumes: Every Parent’s Nightmare