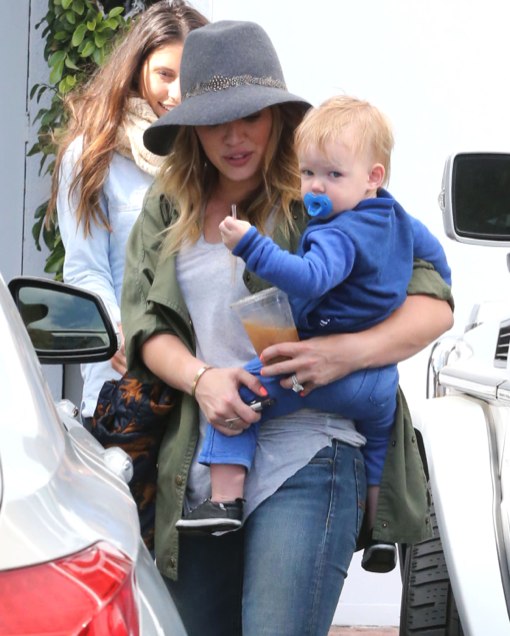 Hilary Duff and her son Luca were spotted out shopping at Fred Segal in West Hollywood, CA on Monday (April 15).

The actress looked casual in a khaki jacket, grey top and jeans with red shoes. The 1-year-old was dressed in all blue outfit while he looked at the paparazzi and played with a straw from his moms drink.

Over the weekend Hilary and her husband Mike Comrie attended the Coachella festival in Indio, CA. Joined by her sister, Haylie and friend she shared pics via Twitter of the event.

“A group hug with @haylieduff and @loveafineline #coachella” the star captioned a photo.