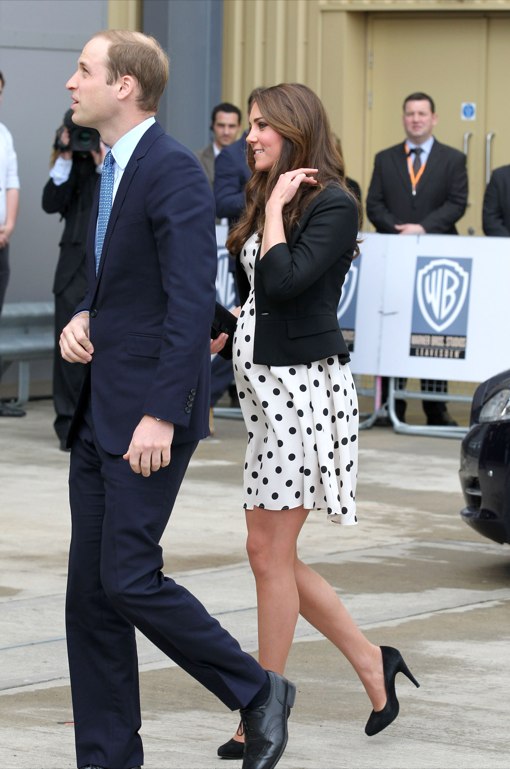 Look at that polka-dot bump!

Prince William, his wife Kate Middleton and Prince Harry made an official  royal visit to the Warner Bros. studios in Leavesden, Watford on Friday (April 26).

The pregnant Duchess of Cambridge’s stole the show wearing a Topshop polka-dot dress that showed off her burgeoning bump with a black Ralph Lauren jacket and suede heels.

While there they viewed prop and costumes from The Dark Night Rises and Harry Potter.  Author JK Rowling and producer of all eight Harry Potter movies David Heyman were also there to talk to the royals.

“They all asked about the films — they really like the films,” the film producer told reporters.

As of of late, Kate has been spotted making various royal appearances.  On Wednesday, she attended a champagne engagement reception at the National Portrait to celebrate The Art Room, a royal charity.

Head over to find out what  Kate Middleton, William and Harry Waving Are Magic Wands For?