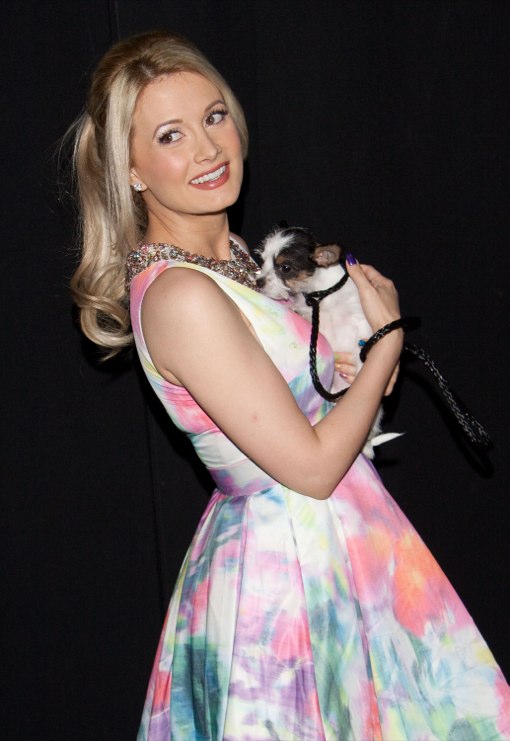 Holly Madison may being loving her new daughter, Rainbow Aurora, but her dogs are taking time to adjust to the baby.

According to the Girls Next Door star, her three dogs started acting out after sensing a major change was about to take place in their house.

“There’s pee everywhere when I come downstairs,” she shared at The Animal Foundation’s 10th Annual Best in Show fundraising event in Las Vegas. “Before the baby came home, I think they could just sense it — they started going wild. I think they’re just saying, ‘This is our house. It’s not the baby’s house.’ “

The new mom had to move the dogs from her home when the baby arrived.

“We actually had the dogs boarded at a training camp for two weeks when I first brought the baby home because I was afraid the dogs would be aggressive with the baby. They’re little but they’re very rambunctious and sometimes they get a little snappy with people,” she explained.

Now that the dogs are back, Madison makes sure they can never reach Rainbow.

“There are gates in certain areas and I always keep the door to my bedroom closed. That’s where the baby sleeps right now, so it’s off-limits,” Madison assured. “I have her stroller that kind of keeps her above the dogs if I need to set her down for a second while I’m in the kitchen.”

Did your dogs or animals take time to adjust to a baby becoming a part of the family?