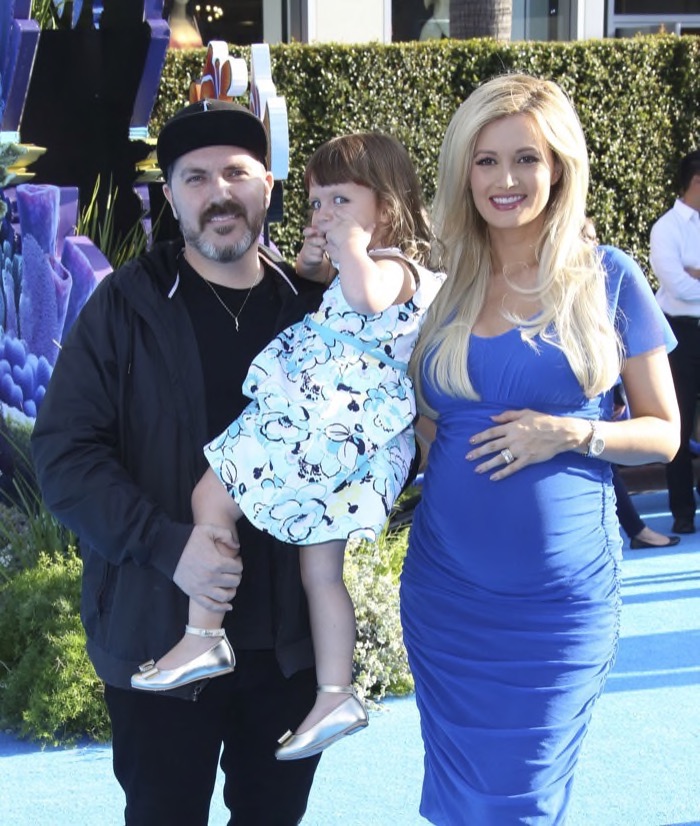 Holly Madison, her husband Pasquale Rotella and their 3-year-old daughter Rainbow attended the world premiere of Disney-Pixar‘s Finding Dory at the El Capitan Theatre in Hollywood, CA on Wednesday (June 8).

The pregnant reality star was dressed to match the theme in a blue dress that showed off her growing baby bump. She cupped her bump while posing for pictures alongside her family.

Madison recently revealed how she is prepping for baby No. 2.

“Some people will tell me that once you have your second baby, it’s just as easy as one,”she told People. “Then a friend texted me after I announced my pregnancy [to say], ‘Watch out, two is like three!’ and I’m like, ‘No, don’t tell me that!’ ”

Madison and Rosella married in September 2013.

The pair announced in January that they are expecting their second child, a boy, in August.

How to Making a Birth Plan For a Smooth Delivery