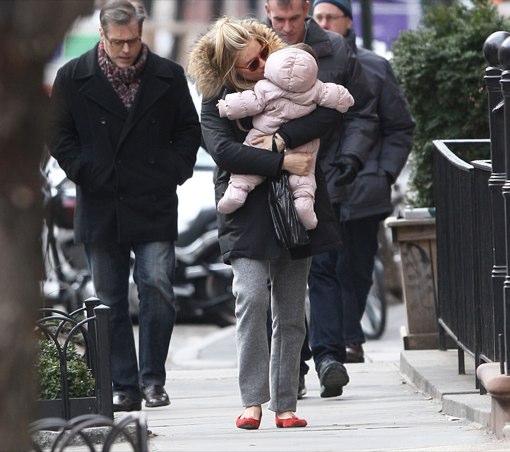 Sienna Miller and her boyfriend Tom Sturridge were pictured out with their daughter Marlowe in New York City on Sunday (March 17).

Miller who was bundled up in a heavy coat for the cold winter day looked absolutely smitten with Marlowe. She kept giving her sweet kisses on the cheek.

Sturridge is also been busy rehearsing for his upcoming Broadway play Orphans. The show opens on April 7.