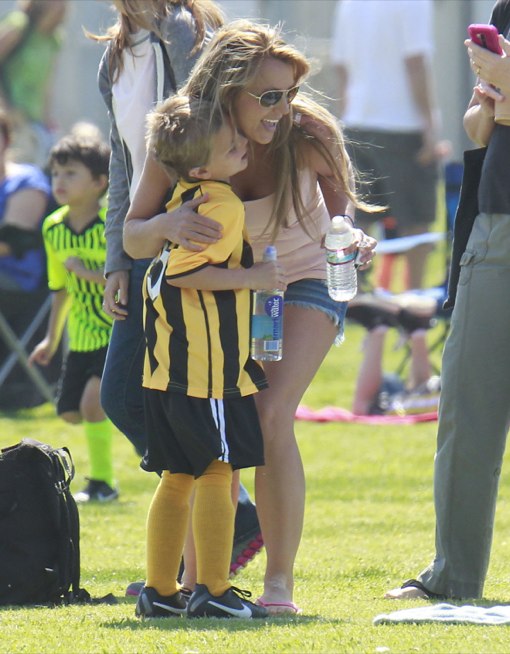 For the second time in a row, the ex-couple were pictured attending their sons Sean and Jayden soccer match on Sunday.

Britney sat with friends during the game and took pictures with Sean at the break. The proud mom even went to chat Federline who was joined by his girlfriend Victoria Prince and their daughter Jordan.

It appears that Spears may be over former fiance Jason Trawick whom she split with in January. She has been spending a lot of time with a new man named, David Lucado.

“David drove Britney around and she looked very happy,” a source told People of one of their ‘lunch dates’. “They were not affectionate during lunch, but Britney seemed very giddy,”

“Britney was really good… They were having a fun time together but there weren’t any PDAs,” another witness added.