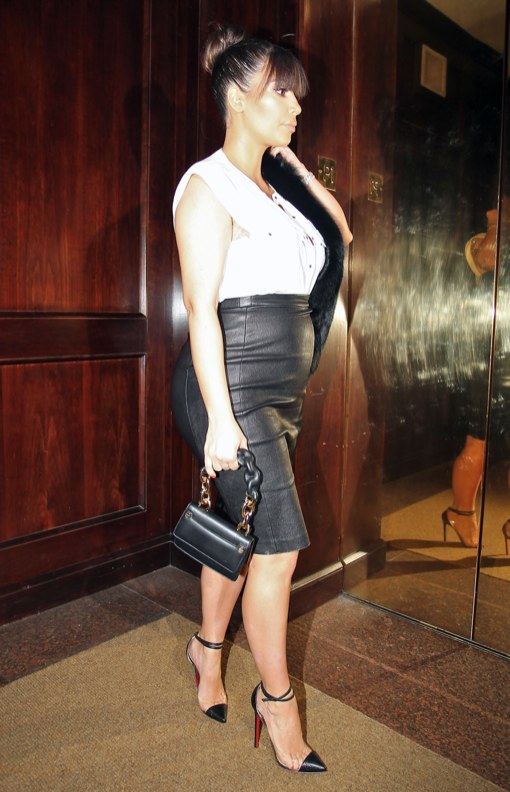 Kim Kardashian was spotted heading to an office building in Beverly Hills, CA on Thursday (March 21).

The pregnant Keeping Up With the Kardashian‘s star looks to be still squeezing into her pre-pregnancy attire. She wore a white blouse and a fitted leather pencil skirt that revealed a small bump.

Kim’s boyfriend Kanye West has compiled a list of potential baby names for their unborn child and North is at the top.  Apparently, the rapper think the name “North West” goes well together.

“He sounded out pals about the moniker last month while working in Paris during fashion week,” a source told the Sun.

We will see how happy Kim is without her baby having a name that starts with “K”.